Angband is an adventure simulation game that takes place in a deep dungeons, with the main goal of defeating Morgoth, the Lord of Darkness.

This is perhaps one of the earlier computer games, that was known as Moria, which was developed in the 1980s utilizing VMS Pascal. When the C-programming language was introduced, it also evolved to UMoria. In 1994, UMoria started using Angband as its name. The significant changes brought by improved development resulted to this game to be a favorite among a lot of computer users.

Looking at the screen-shots, many people may not think highly about this game because of its ASCII-based user interface, which resembles one of the many earlier games. However, it is a fun and unique game. It is a game worth trying out for individuals who want to play something different.

Meticulous gamers should not dismiss this game immediately because of its ASCII-based user interface. It has complete program documentation that helps players get to know the game and how to play directions.

Manual information includes general overview of the game and other vital information that every player should know. It also comes with instructions about commands, so players will know how to navigate within the platform and how to move their characters. 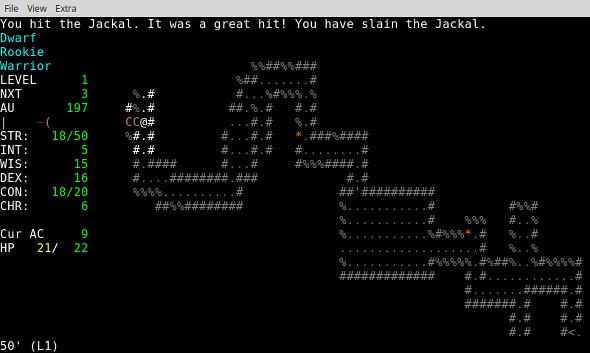 Although it is a Linux-based game, it comes in different versions compatible with Windows, OS X, and Android. The developers also continue to improve this game to make sure it will be free from bugs and other problems that keep players from enjoying their games.