Unknown Horizons is a free and open source real time online game under active development that simulates the economic development of a small settlement into a large and prosperous colony. The player will be required to employ resource management skills, political acumen, economic expertise and diplomacy to prosper in game play. 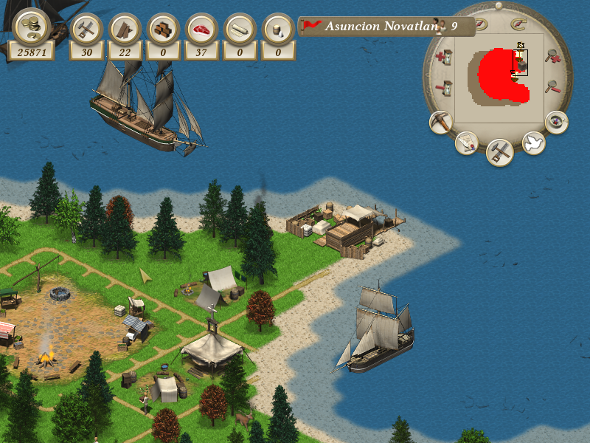 Game play proceeds as the player finds himself or herself with a single ship with some supplies in an unknown archipelago. The goal is to husband resources enough to sustain a small settlement until local industries are created. The player will set a level of taxation in order to pay for improvements in the settlement, increasing its size and scope. As the settlement grows into a town and then a city, its inhabitants will progress from sailors to pioneers to settlers to prosperous tradesmen with ever growing demands for services. Eventually the settlement will make contact with other settlements and the decision will be made to either peacefully trade or to use military force to maraud and pillage. 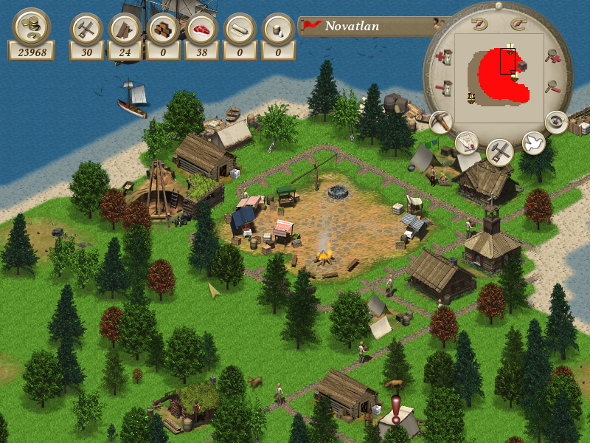 The key to successful game play of Unknown Horizons is striking a balance between supply and demand. One of the ways to grow the settlement is building structures of increasing sophistication as increasing levels are achieved. Part of the way one prospers is to make efficient use of the land, building farms and so on. 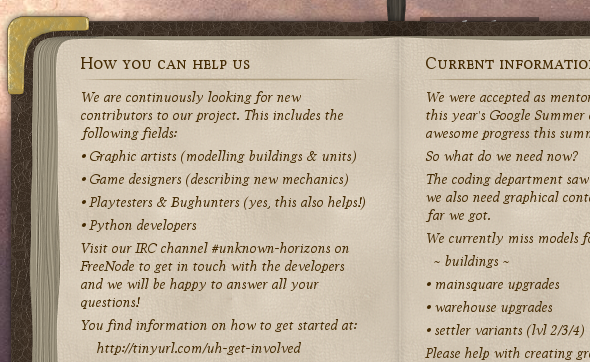 The current version of the game is available for Windows, Linux and the Mac and is free to download.