Recently I needed to setup software RAID1 during Debian installation process. As it turned out, this process was simpler then I initially expected. I will shortly describe it here using screen-shots captured during initial tests.

As an example I will configure RAID1 for the root file-system and swap space using two storage devices, without any additional spare devices.

Perform normal installation process up to the disk partitioning menu. 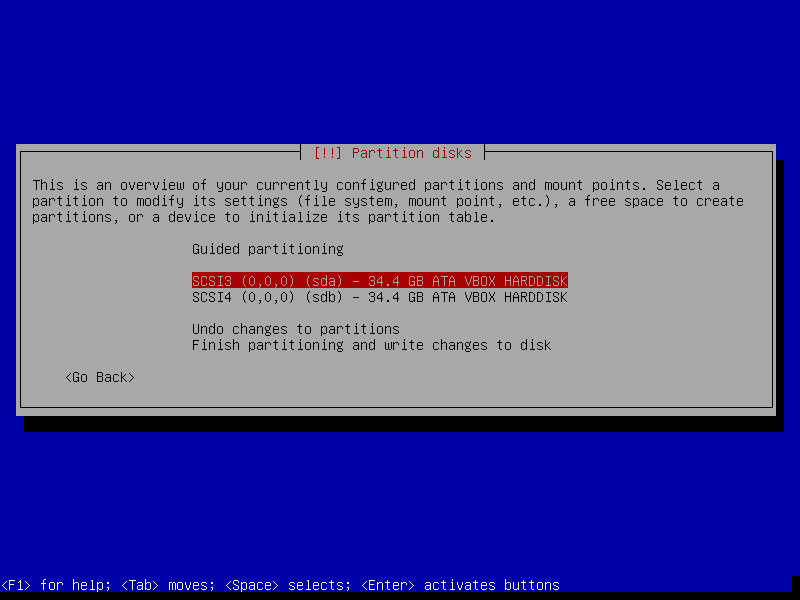 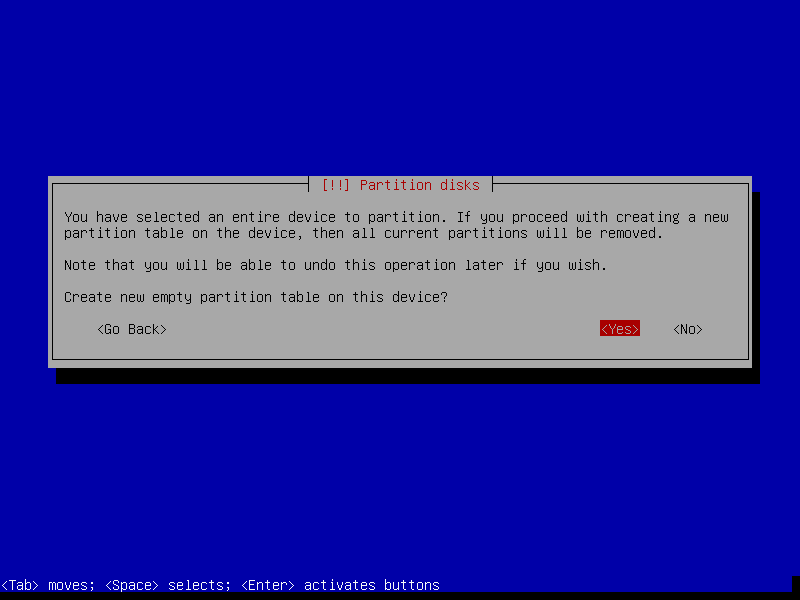 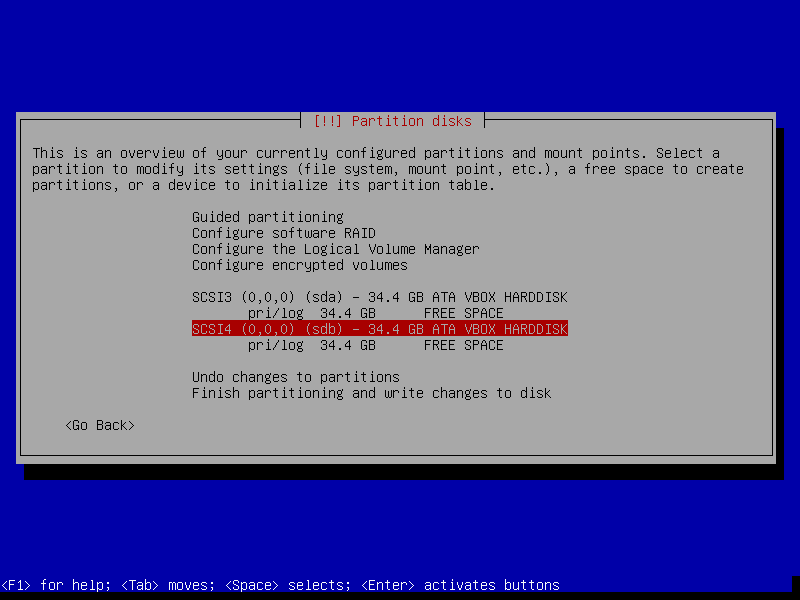 Create partitions on the first disk. 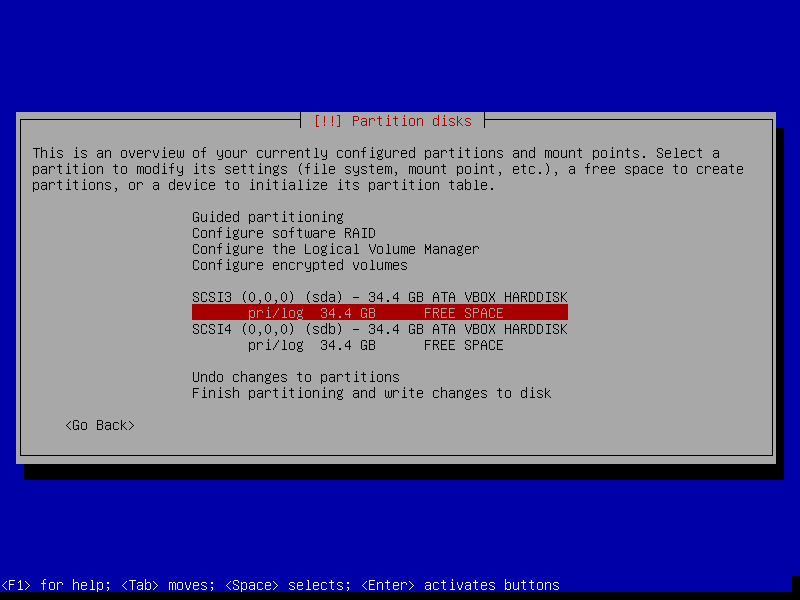 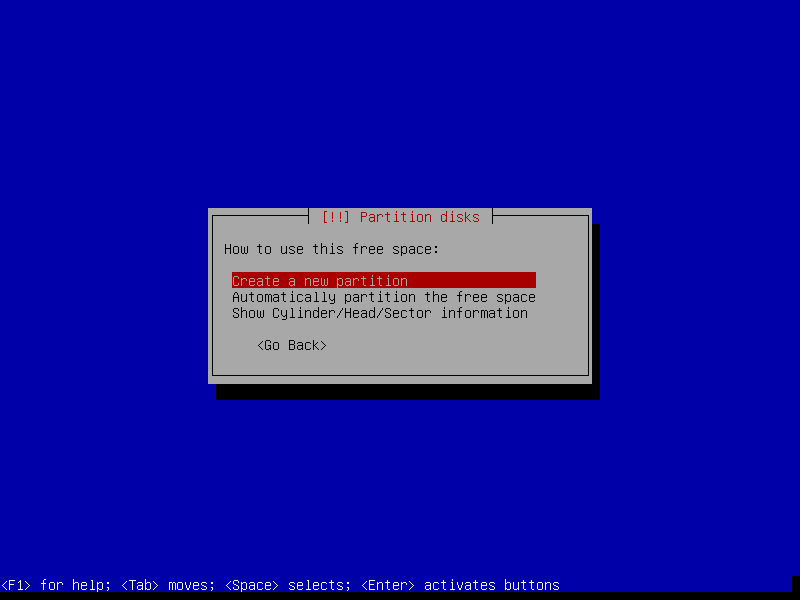 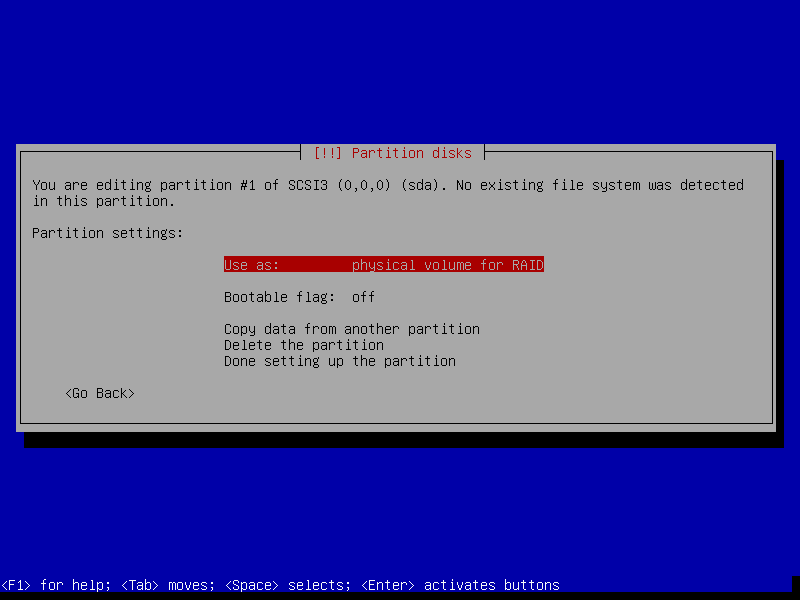 Replicate changes in the same way to the second disk. 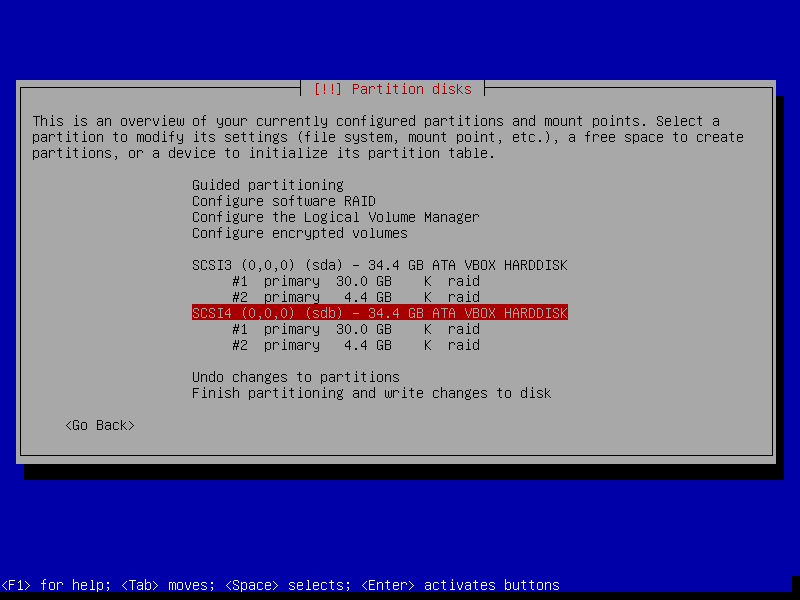 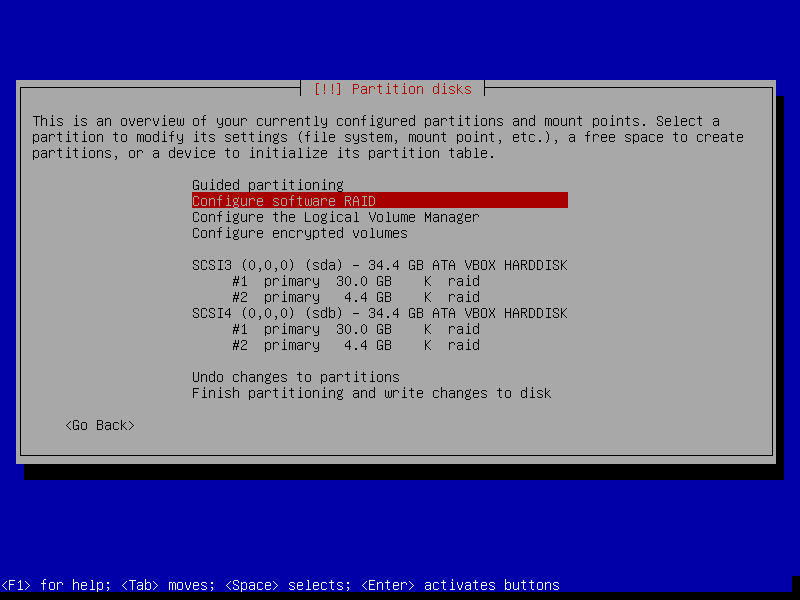 You will be asked to store changes applied to the partition tables – do it so partitions created in the previous step can be used to create RAID arrays. 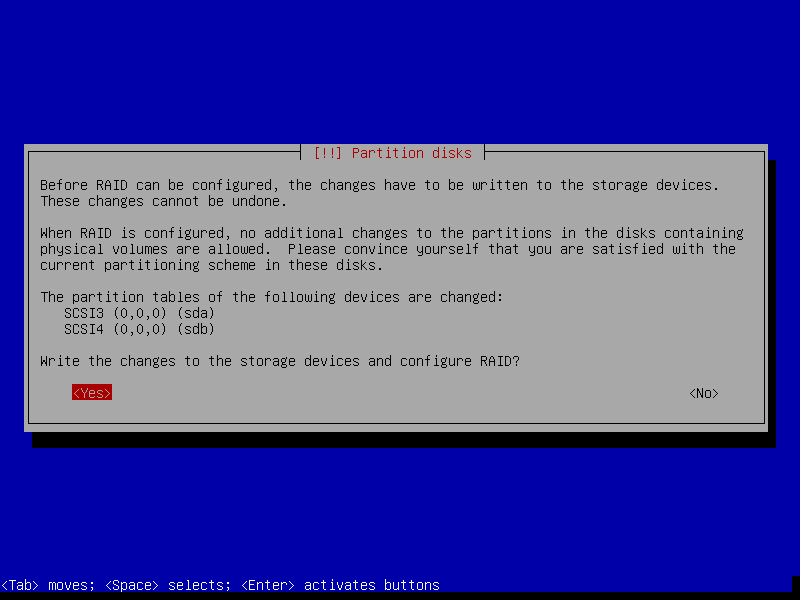 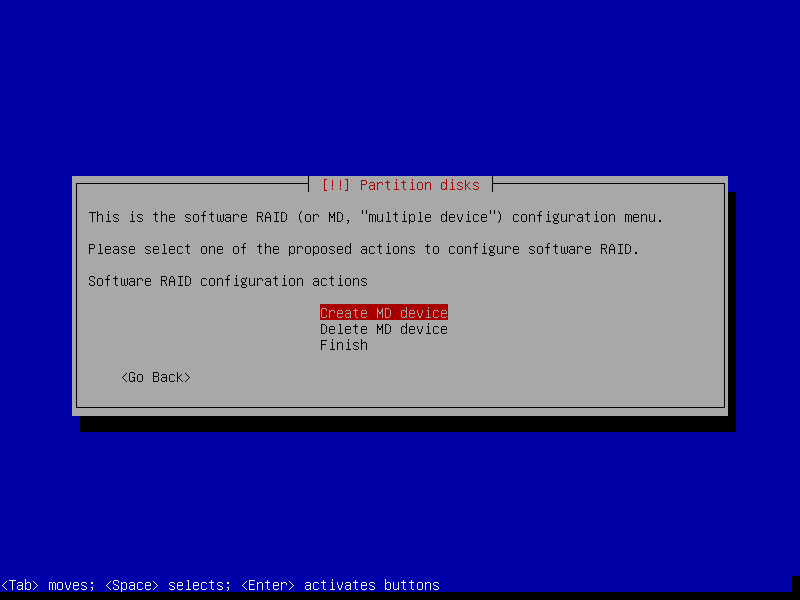 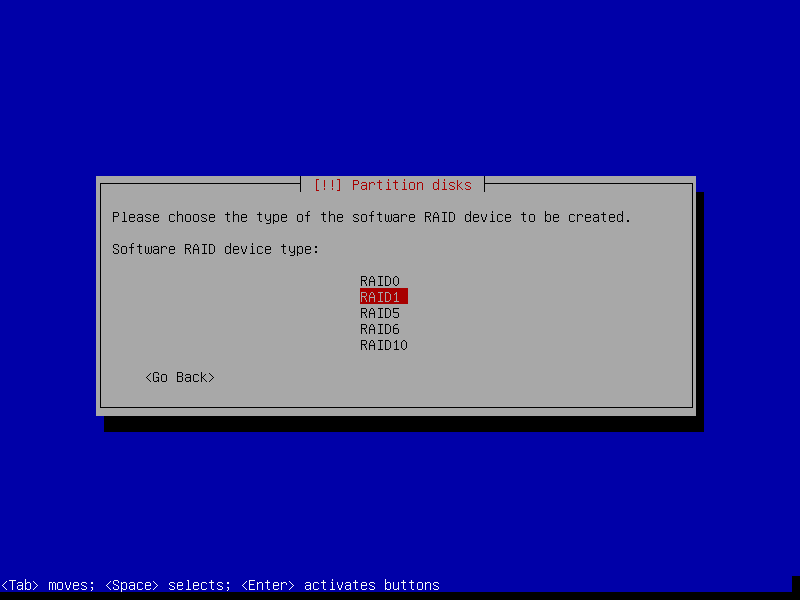 Select 2 as the number of active devices for the RAID1 array. 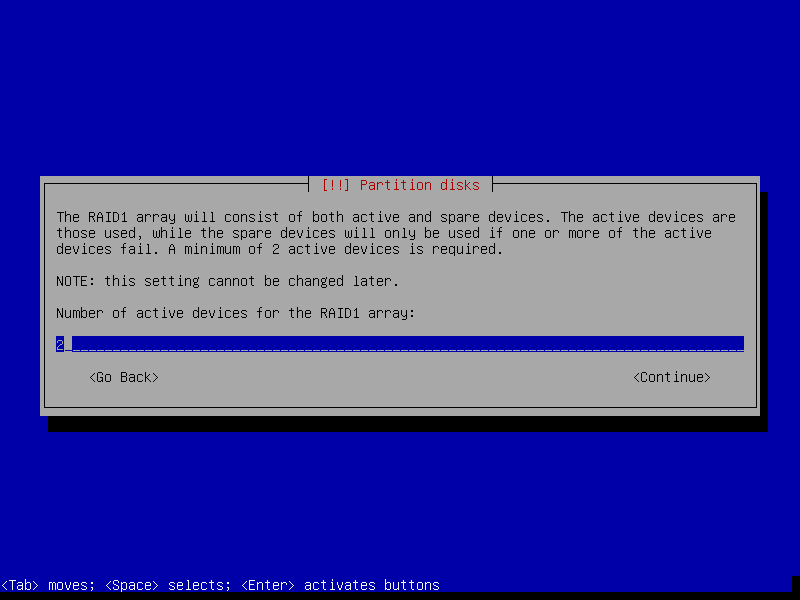 Select **** as the number of spare devices. 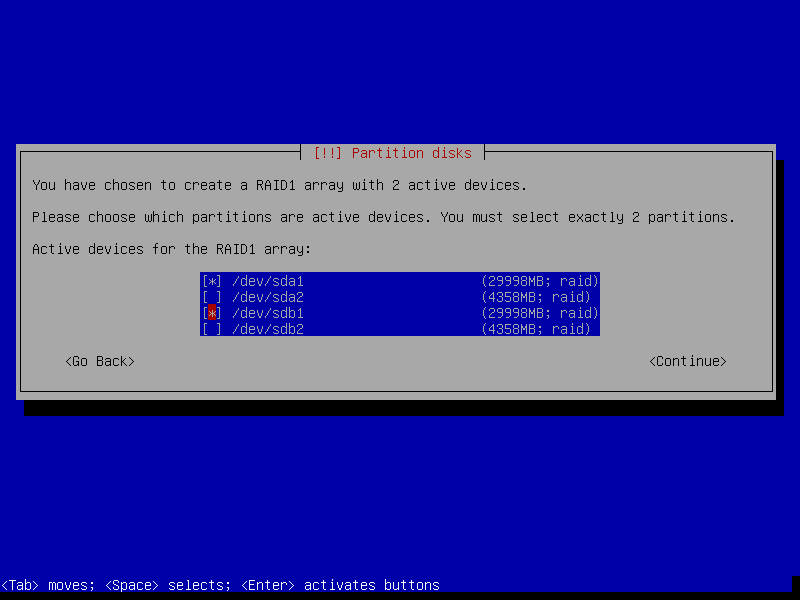 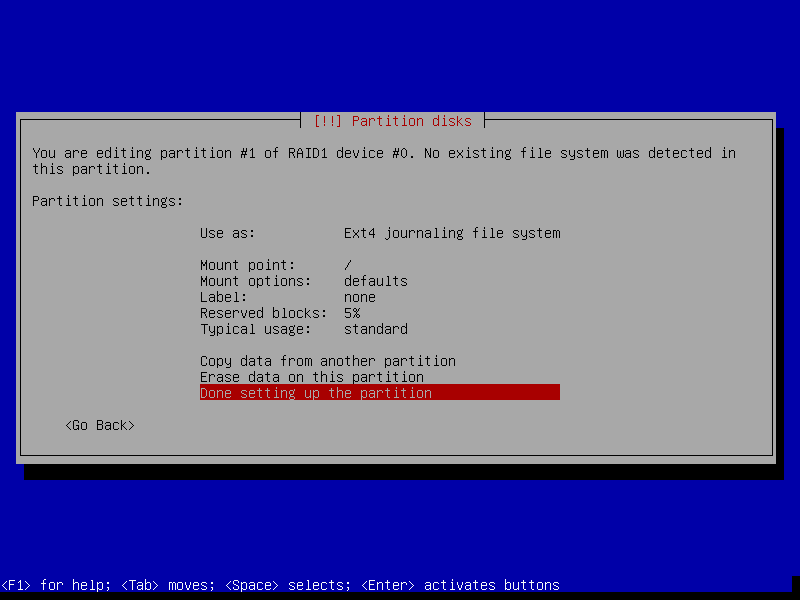 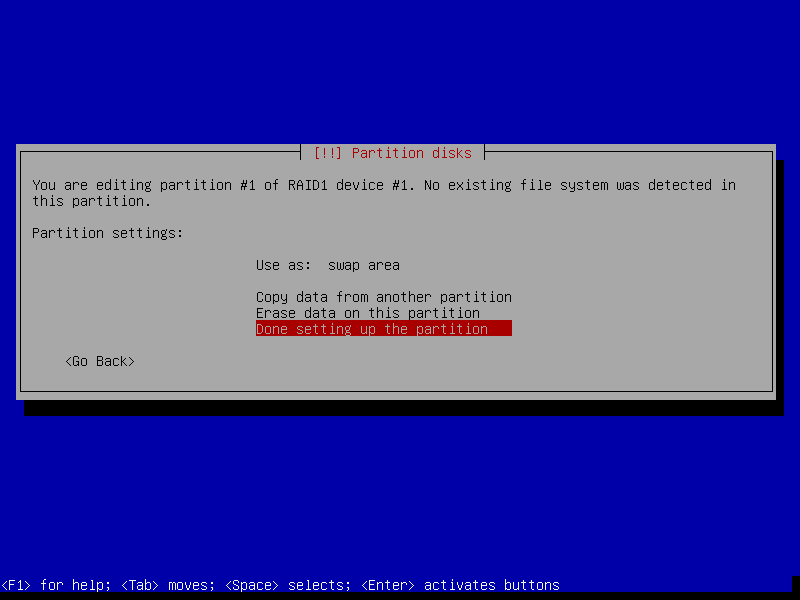 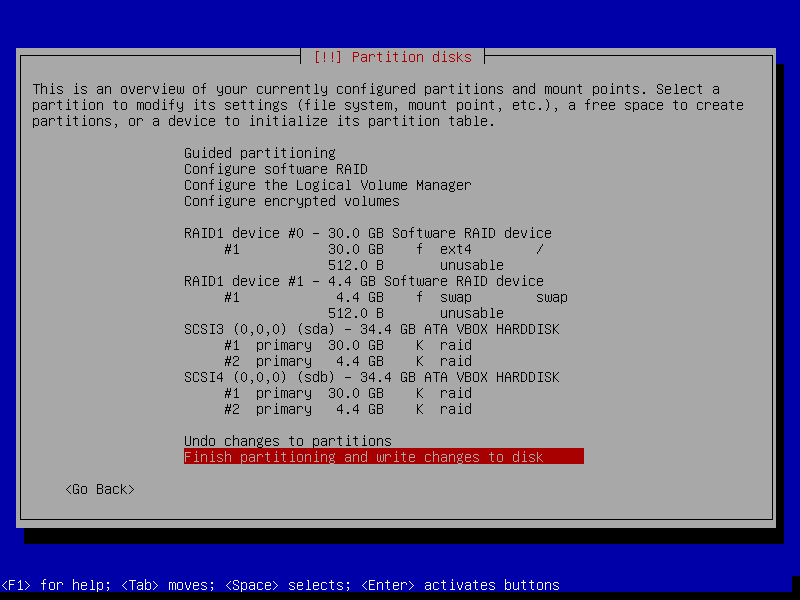 Continue installation process up to the install the grub boot loader on a hard disk menu. 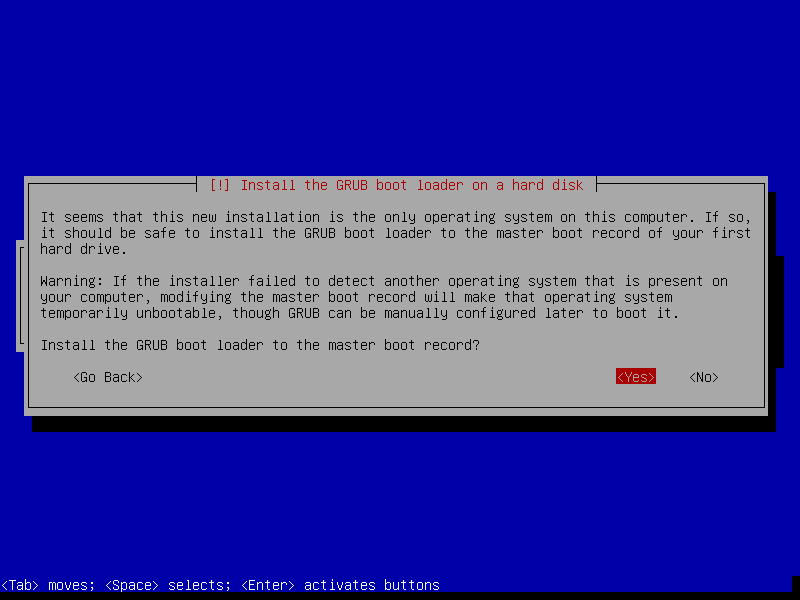 By default grub will be installed only on the first disk so switch to the second (ALT + F2) or third (ALT + F3) console before system reboot, and execute the following commands to install it on the second disk.